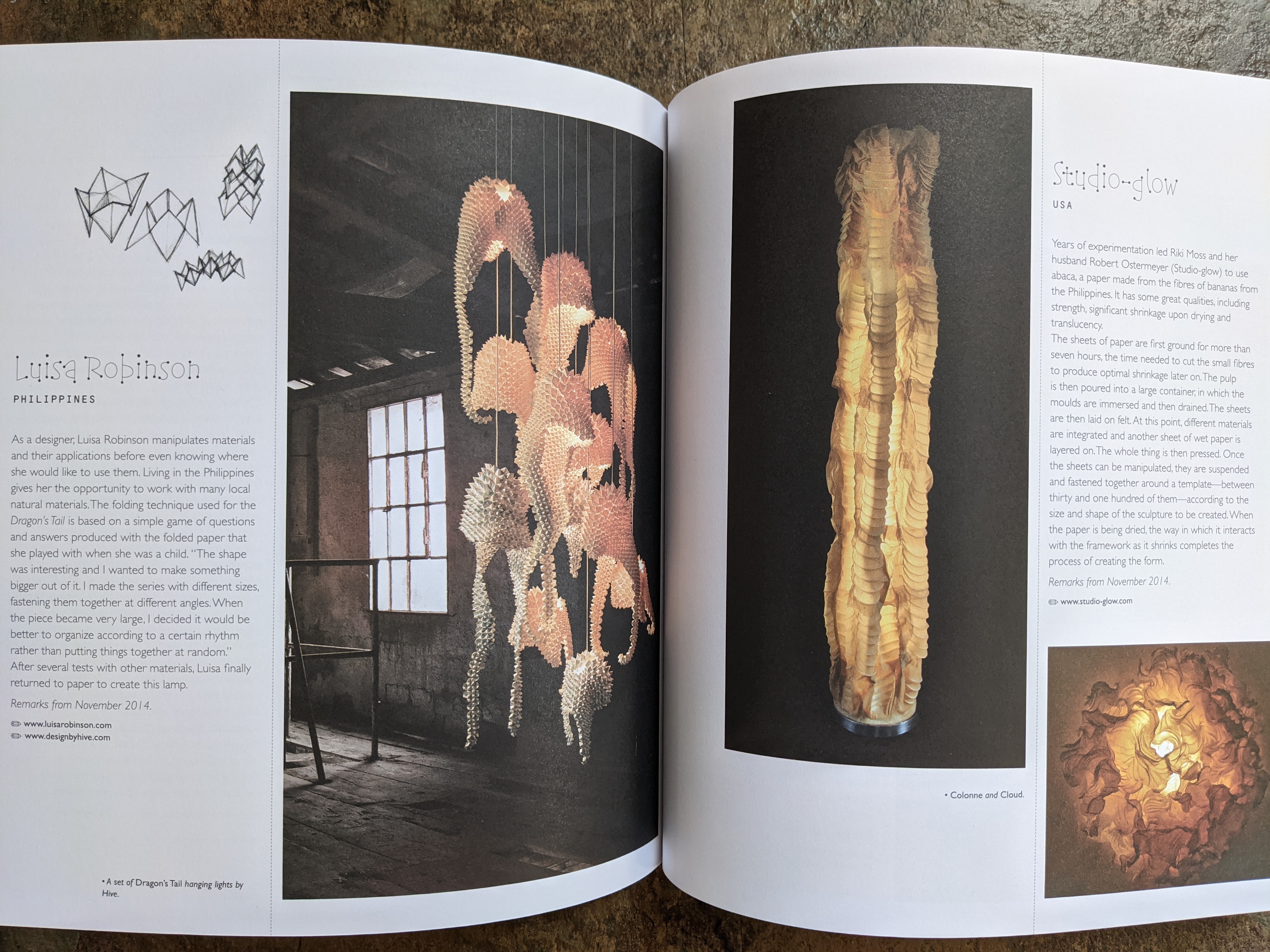 I came across The Art of Folding Vol. 2: New Trends, Techniques and Materials (TAoF2) while browsing the origami section at my local Kinokuniya, a chain of Japanese bookstores. I was put off by the pretentious title but flipped through it anyway and I’m glad I did.

I had been looking for “what’s next?” in origami both personally and generally. Personally, I had just wrapped up a two-year modular phase with some tessellations and Jun Mitani sprinkled in, and was considering whether to (1) try my hand at design (probably modular), (2) try computer-aided design and folding à la Mitani and Demaine, (3) return to traditional origami and work on shaping and finishing (I got a Yoshizawa book for Christmas), or (4) return to folding complex models from diagrams. Generally, I felt confused about where origami was going. I had thought that computer-aided design was obviously the future, then I saw the minimalist but unmistakably modern works by artists like Giang Dinh and Beth Johnson.

Like a good teacher, TAoF2 responded not with an answer, but by broadening my view of origami and questioning my assumed definition of “modern origami”. I realized that the title wasn’t overstated: this really is a book about “folding” in the general sense and not just applications of origami to other materials and disciplines. TAoF2 showed me that the future of origami is both cross-disciplinary (wrt materials & genre) and automated (wrt design & folding). It made me re-evaluate the going definition of technical origami [citation needed] – can be unfolded into a square – and whether it’s still valid when the original folding is done by a machine.

TAoF2 is a stylish and artsy book. Pages have multiple fonts and varying typography (italics and bold) but are still clear to read. The book opens with some philosophy on what folding is and its merits:

Folds have many functions in the organization of beings and things. According to Jean-Marie Delarue, folds entail a universal process of morphogenesis that governs the mineral, plant and animal kingdoms. (8)

and maintains a philosophical outlook throughout. The heart of the book contains profiles of artists in six areas: art, décor and scenery, fashion, furniture and lighting, architecture, and innovation. Each profile typically consists of half a page of description and 1.5 pages of photos. I enjoyed the 3:1 ratio of pictures to words, and that, beyond the book’s intro, there is no attempt at meta-analysis or even closing words – only art. As I went through the profiles, some works made me go “wow” and some made me go “what” (particularly in the design and fashion section), and I savored the bewilderment and strangeness of new ideas. Three profiles I liked featured masks from toilet paper rolls, a theater show based on folded props, and a life-sized pop-up book.

My biggest criticism is that some artist’s (or company’s) profiles are taken straight from their website or marketing materials and so read like advertisements. It seems like the authors didn’t personally engage with many of the featured artists but instead took excerpts from public remarks, interviews, or marketing materials. TAoF2 includes ten models to fold in the back of the book and they are disappointing. Only a single page is devoted to each model and, because you would need to scan and clean the page since no PDF is provided, it would be painful to actually fold any of them.

With zero reviews on Amazon and four reviews on GoodReads (as of Feb 27, 2021), TAoF2 is not well-known. Jean-Charles Trebbi, one of TAoF2’s authors, published a previous book The Art of Folding: Creative Forms in Design and Architecture two years earlier in 2015. It appears similar to but less interesting than TAoF2.