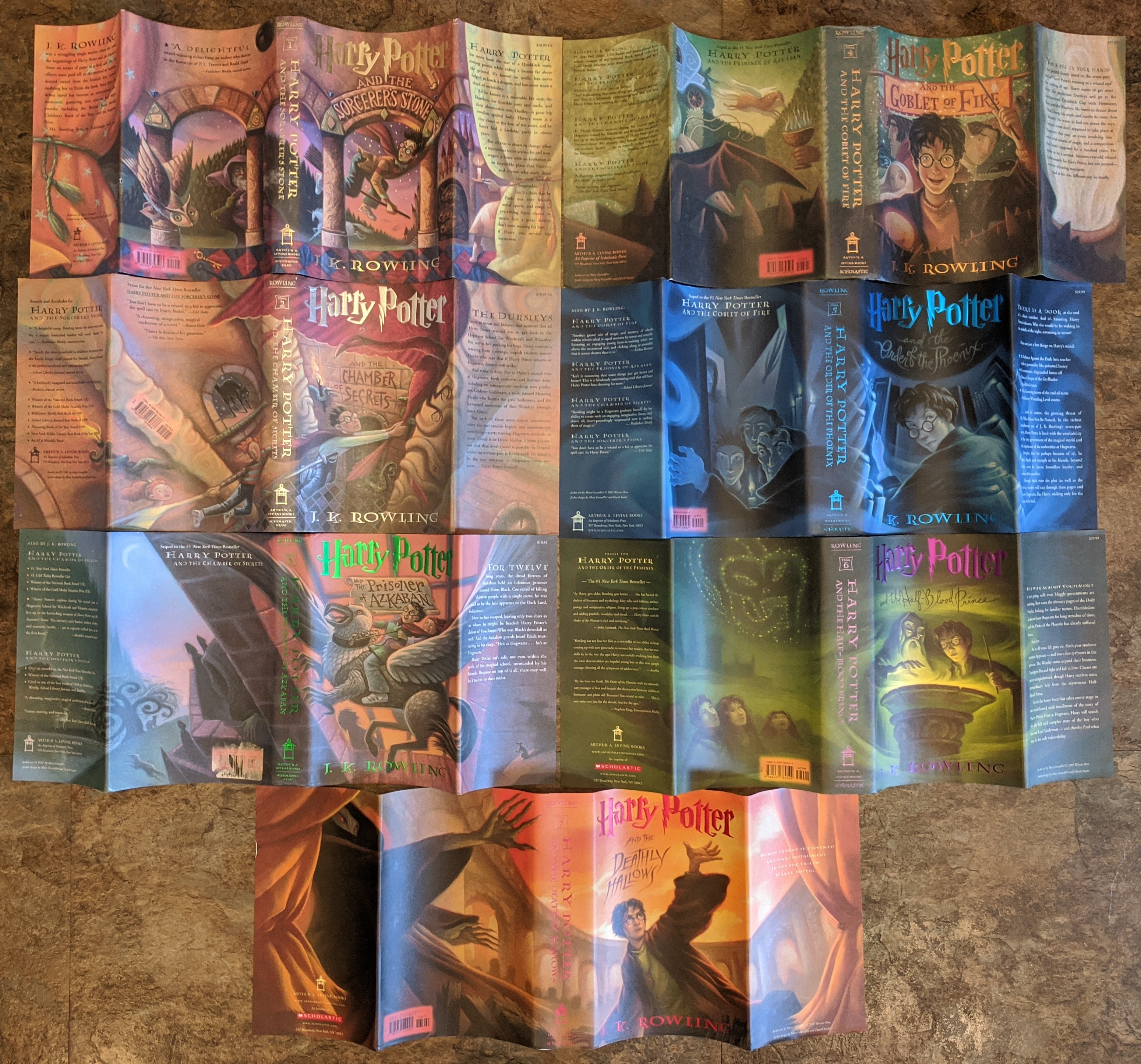 I finally read the Harry Potter (HP) book series, which was very popular 15 years ago when I was teenager. The seven books went on to spawn an eight-part movie adaptation, video games, a prequel film series, a play, and theme parks. As a teenager, I avoided the books because they were popular and I was too cool for popular. It’s taken me some time, but I’m now mature enough for HP. Even though I watched all the movies, I had the expectation that HP would be like other young adult series I’ve read (e.g. The Lost Years of Merlin or Artemis Fowl), where the protagonist has a driving goal (e.g. become the greatest wizard, avenge the wronged, etc), but Harry, like a typical real-life teenager, has no life goals; he’s content to go to school, hang out with friends, and be normal. HP’s plot revolves around unexplained hardships being forced upon Harry and him dealing with them: the novels are mysteries! It’s not surprising that J. K. Rowling went on to write crime mysteries after finishing HP.

Unfortunately, the main plot device in HP is artificial and tiresome intentional miscommunication – both with the reader and amongst characters – to create reader and character frustration and drama. Snape’s story, spanning the entire series, was particularly tiresome and I sighed every time someone, usually Harry, said “It must be Snape!!” because that meant it definitely wasn’t Snape, and the accuser was always proven wrong by the end of the book. Other examples of miscommunication include Harry’s misled ruminations and obsession with Sirius’ betrayal of Harry’s father (book 2), an entire book happening because Dumbledore ignored Harry and chose not to tell him why (book 5), and Dumbledore intentionally mis-leading and withholding information from Harry on horcruxes and hollows for Harry’s own good 🙄 (book 7). My favorite book is #4 because it opens with a sporting event then centers around a tournament. These familiar formats, along with an undercurrent of excitement throughout the book, made book 4 the least frustrating and the most enjoyable.

Given that HP is a children’s series, I was surprised by the prevalence of poor role models and cruelty. Sirius encourages Harry to take unnecessary risks and is so obviously a poor godfather to Harry that Hermione calls Sirius out for trying to live through Harry. The triumph of power over the weak is a theme throughout the book, and there are many more examples of the weak dying and the powerful getting what they want than of the perpetrators getting apprehended. Dumbledore’s reputation as a paragon of wisdom is purposely tarnished in book 7 when Rowling reveals his backstory. Similarly, there are many examples of cruelty without repercussion, including Crouch kidnapping and starving Moody (book 4), Umbrage’s hand-writing torture of Harry (book 5), Draco’s bloody face-stomping of Harry (book 6), the half-blood pogrom (book 7), and numerous uses of the Crucio curse. It’s surprising to me that HP has become a globally-recommended read for children. Perhaps the benefits of reading outweigh the questionable ideas?

That said, I enjoyed reading HP. Even though I found some aspects annoying, the story was engaging and colorful. I was excited to see foreign magic schools and characters introduced in book 4 and wished that Rowling explored different perspectives on magic beyond keeping Fleur and Grindelwald in the background. My three favorite characters were Moaning Myrtle and Luna Lovegood, who were unaffected by the main plot and just played their parts doing whatever, and Neville, who experienced the most character growth and could have been the protagonist.