After a 7-year hiatus, I recently started folding origami again and decided to focus on tessellations and modulars. I used to fold mostly representational models, i.e. animals and humans, and wanted to explore some new areas. Luckily for me, origami advanced greatly while I was away and the first good books on tessellations1 and wireframe modulars2 were published by Eric Gjerde and Byriah Loper, respectively. I bought both books, dove straight into making models, and immediately found myself repeating the same steps hundreds of times.

The majority of tessellations start with a precreased grid of squares or triangles (32x32 is common). There is no fun in spending 1h+ folding a grid every time you want to try a tessellation model. Similarly, modulars require tedious and repetitive prework before you can start the real fun of assembling. Modular prework comes in two forms: cutting paper into the correct proportions and then folding each unit. As even moderately complex models can require more than 100 pieces, prework is a major component of folding modulars. Cutting and folding the same unit 100 times is no fun.

On his website, Gjerde acknowledges this plight of the lazy3:

[N]obody necessarily likes pre-creasing grids, including me. So you’re not alone there. However, I think it’s important to think of it more as a meditative process, and instead of as a chore; it’s a task which you must do to fold a model, and it is, to some extent, an integral part of the model, so it’s worth taking the time to do it well and not rush through it to “get it out of the way”

I actually do have a meditation practice and I’d rather keep these two interests separate. In the interest of spending more time learning new models and techniques and less time on repetitive work, I looked at some options. My motivating factors for exploring automated cutting/precreasing are:

Not surprisingly, I’m not the first person to explore computer-assisted precreasing: just a few months Origami USA published an article6 on this topic. Some Googling told me that the two options people go with are laser cutters and cutting plotters. Lasers are unarguably the superior machine – they are faster and more accurate – so I looked at them first.

Buying a laser cutter was out of the questions because low-end models start at \$3k. There are low-cost Chinese models for ~\$400, but they require extensive tuning and troubleshooting I’d rather not deal with. That left renting or using a shared laser as my last option. I checked out a local maker space7 and found that to use the laser, I had to take the training course for \$75 and then could either:

The problem with option 1 is the lack of flexibility. As a complete neophyte, I know I’ll need to run the same job over-and-over with different parameters until I get it right. This will be difficult if there are other people competing for laser time (I didn’t try this, maybe there is no wait during open hours). I also can’t just try out ideas when I have them; I have to trek over to the lab. Option 2 is cost prohibitive.

Given the high cost and availability constraints of using a laser, I moved onto investigating cutting plotters. There aren’t that many choices for consumer-level cutting plotters and I quickly settled on the Silhouette Cameo. It seems to be the most popular choice among folders and Jun Mitani recommends the Cameo in his book 3D Origami Art. At \$250, I felt comfortable buying and trying the Cameo. If it didn’t work out, I could cut some vinyl and make some t-shirts (what most people use the Cameo for) or just sell the machine.

The Cameo comes with a manual on features the machine and software has but no tutorial on how to actually run a job beyond just “load and run”. I had to watch a few Youtube videos to get a feel for the proprietary software and how to properly load the mat into the Cameo.

After some initial frustration and trial and error, I was able to run some jobs and found that even on the lowest setting blade, i.e. farthest blade distance for the shallowest cut, the Cameo was cutting through 24lb copy paper. I considered some hacky solutions8 but found out about the embossing tip and tried that first. I was able to get reasonably precreased square and triangle grids using the embossing tip with the following caveats:

Given these caveats, I found the precreased grids on 32lb copy paper9 super-convenient for prototyping tessellations. Since I’m working through the Gjerde book, my focus is on learning the models and not creating display-worthy pieces. For modulars, I had no issues creating Cameo files to cut and partially precrease units10.

This is everything I bought:

Here are some pictures of what I was able to do with the Cameo. You can click any picture to bring up a larger version with captions. 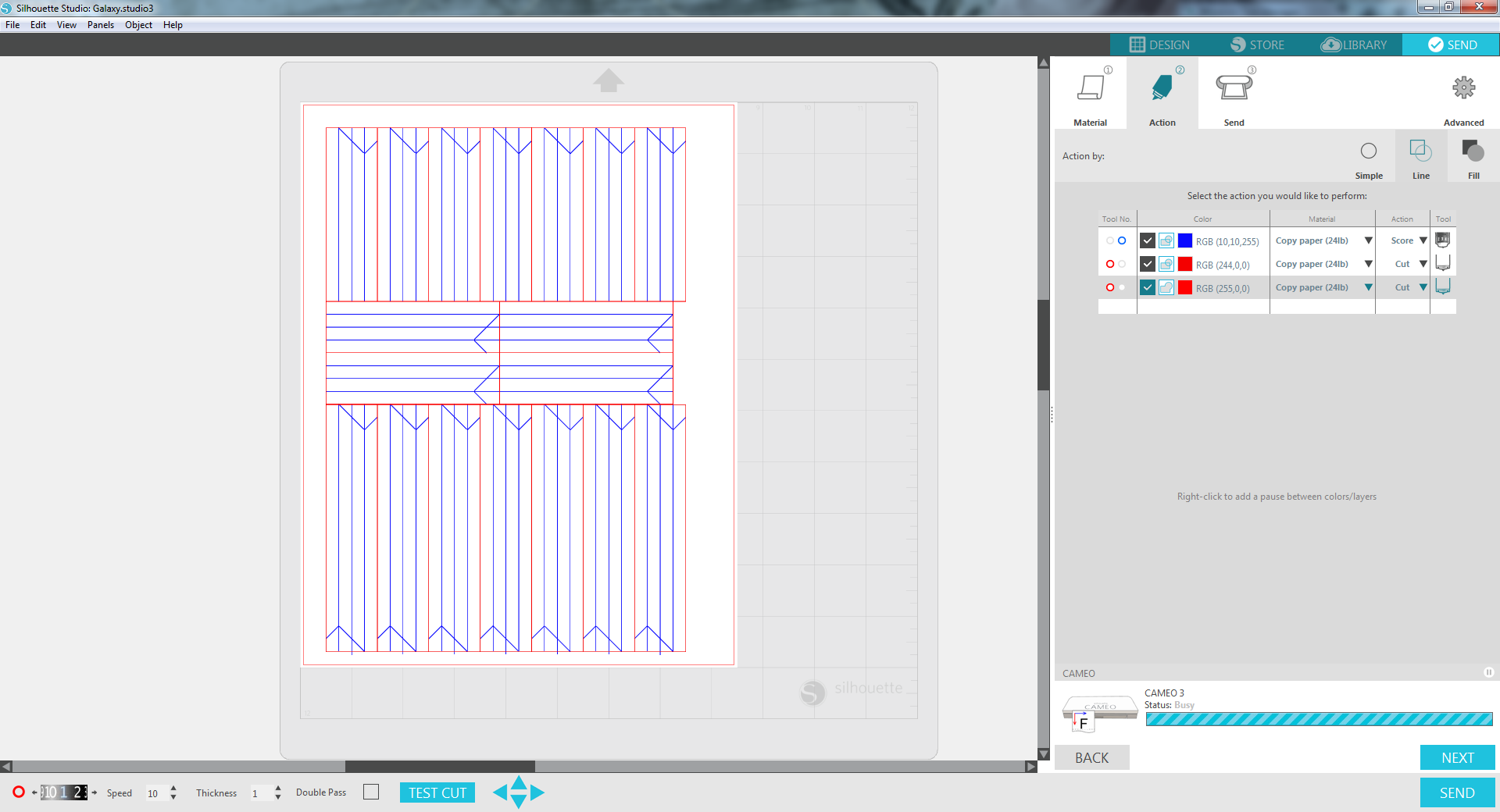 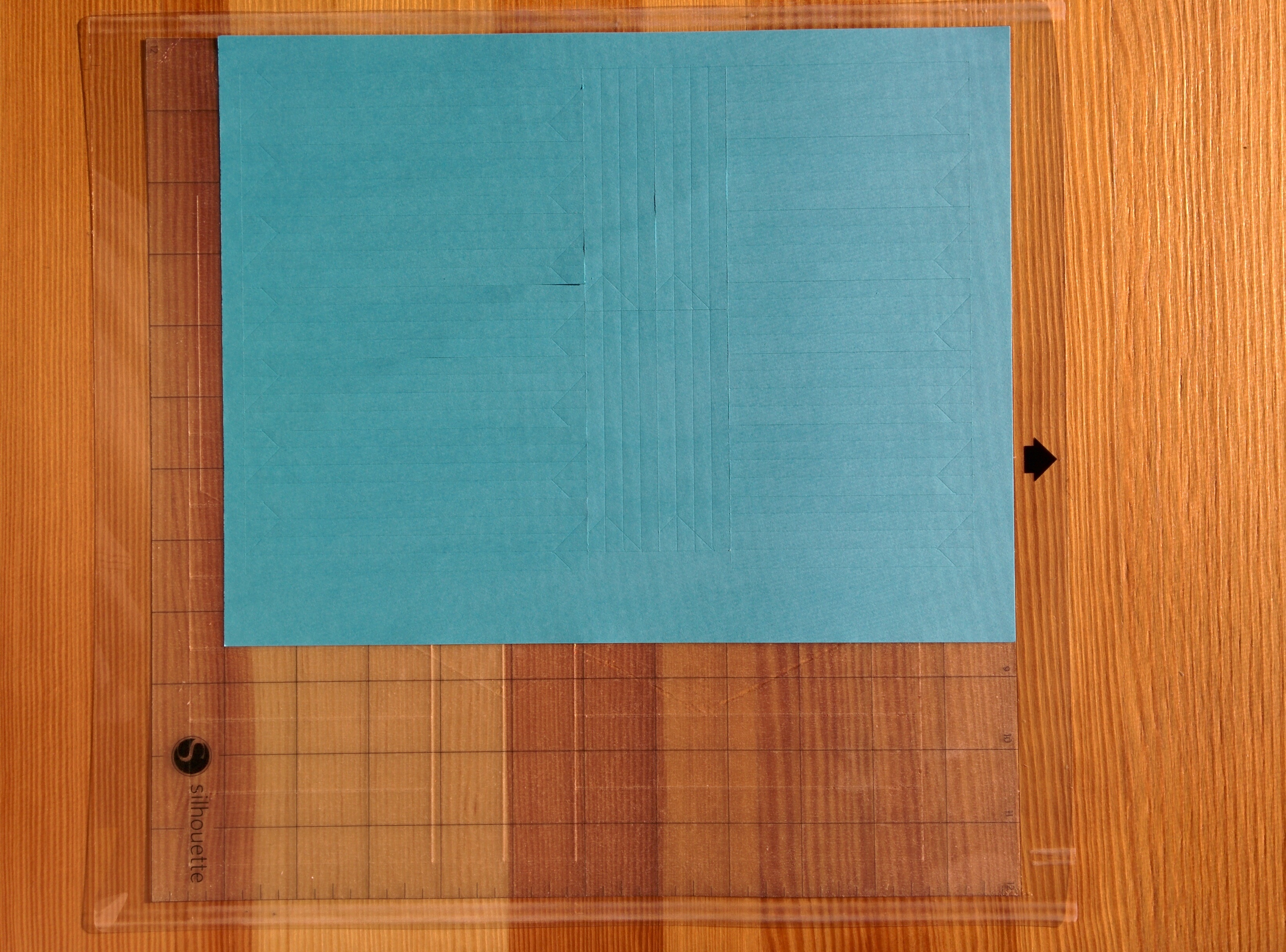 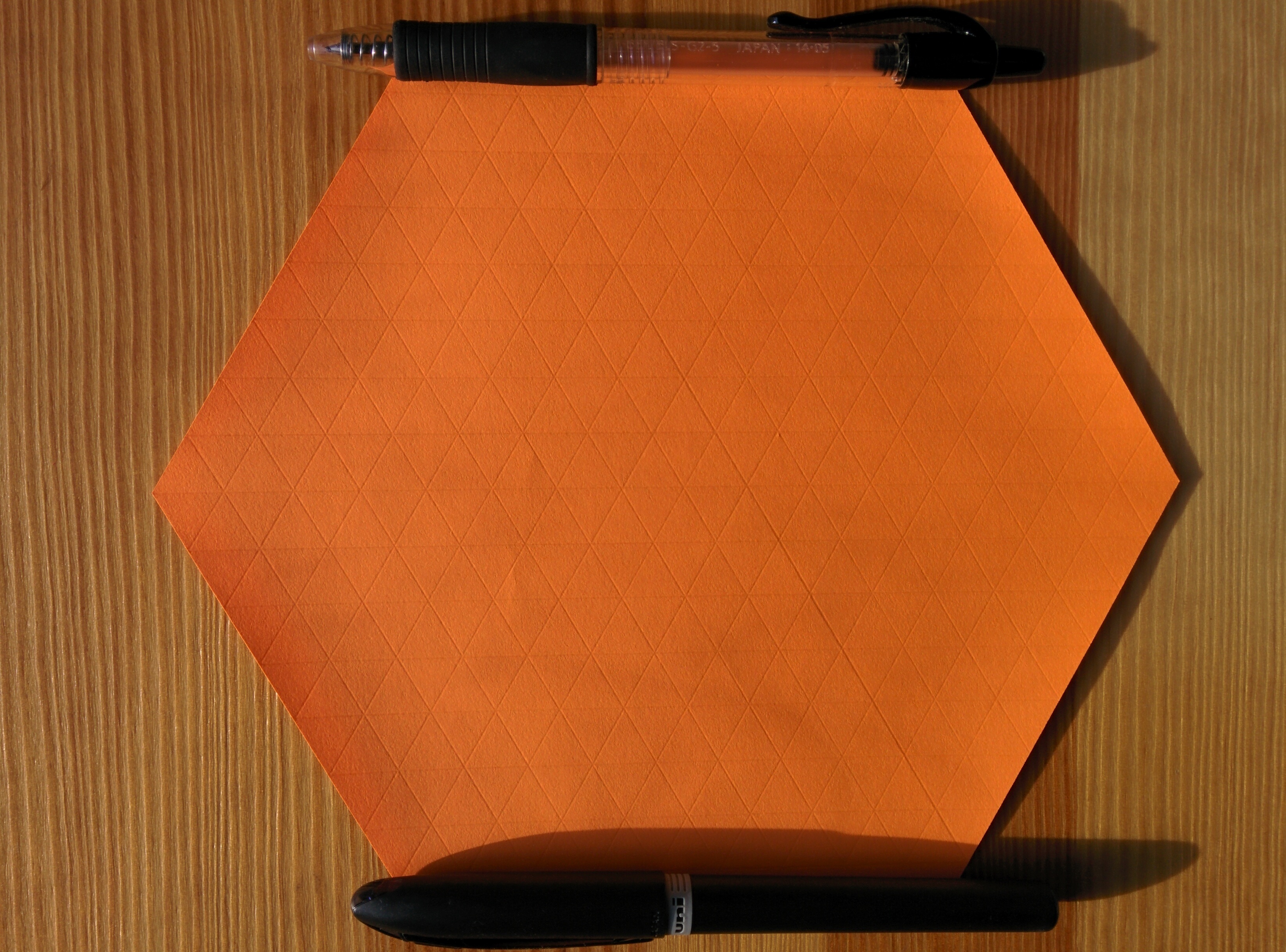 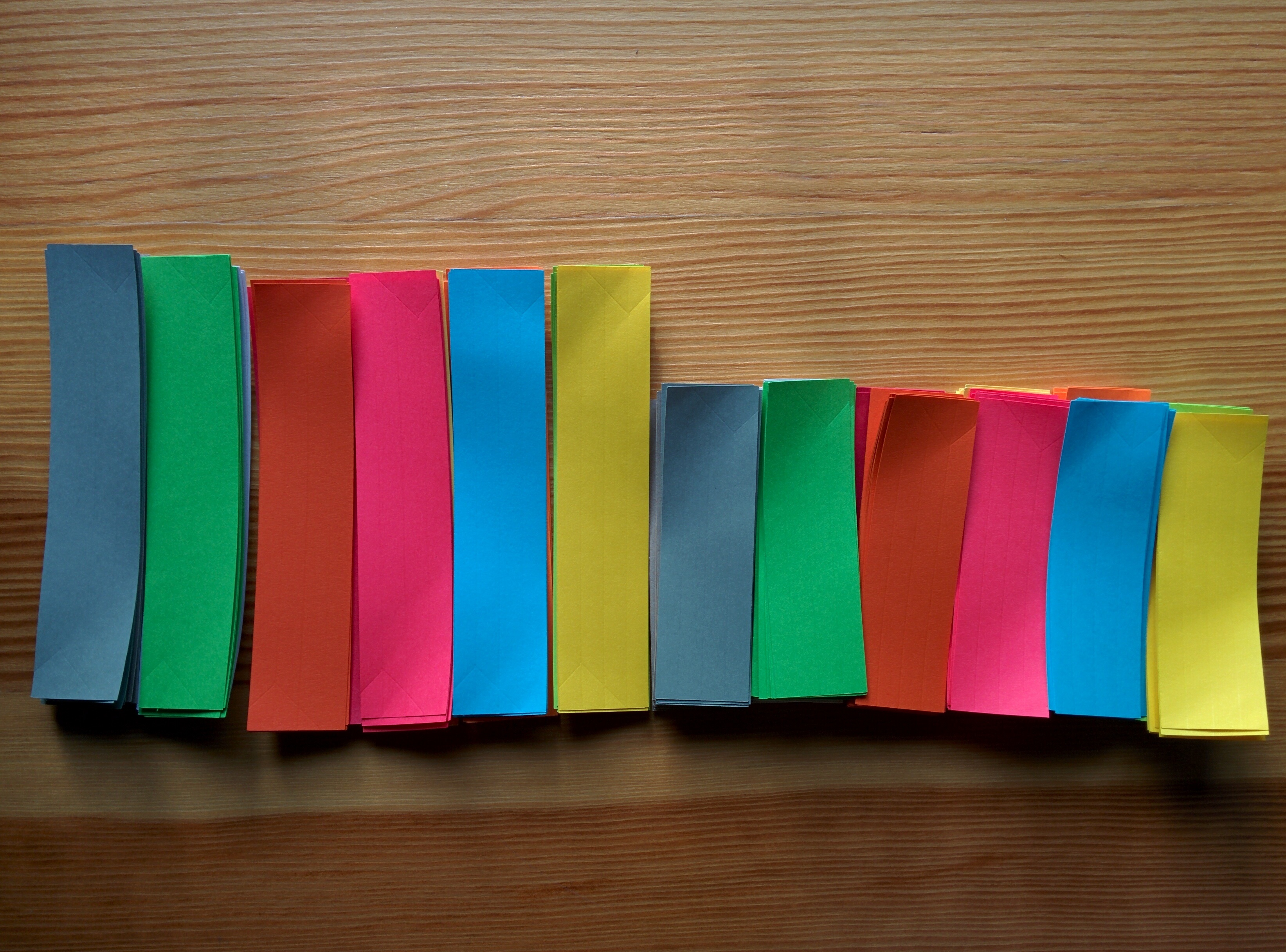 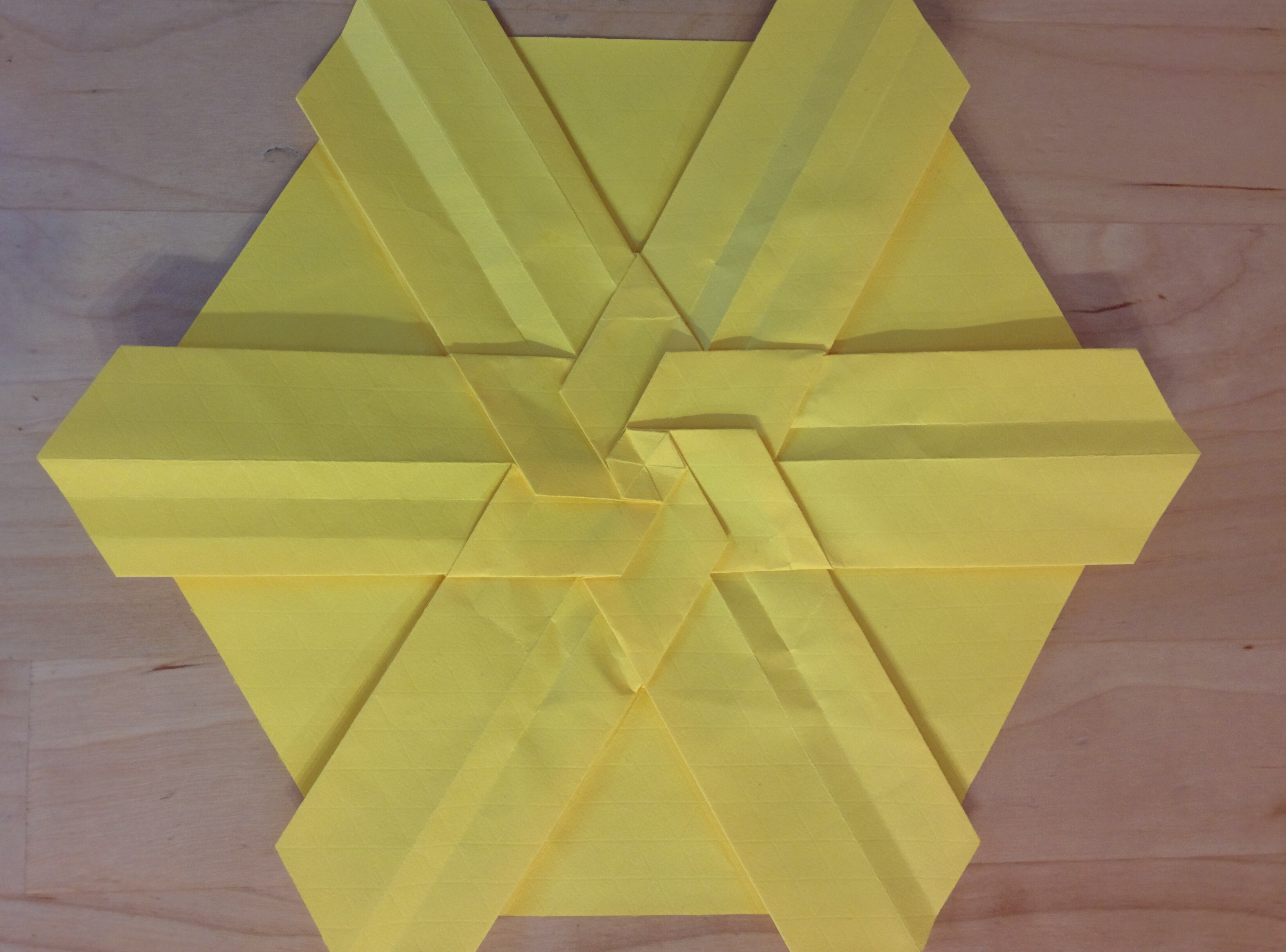